Trachoma or Granular conjuctivitis or Egyptian opthalmia is a chronic keratoconjuctivitis or inflammation of cornea and conjunctiva caused by a bacterium Chlamydia trachomatis. This bacterium causes roughening of inner eye lid which causes pain in eye,breakdown of the outer surface or cornea and in severe conditions, often leads to blindness.

Chlamydia produces inculsion bodies called as H.P. bodies (Halsberstaedter Prowazeke bodies). Till now, 11 serotypes of Chlamydia trachomatis is known (A, B, Ba, C, D, E, F, G, H, I, J & K). Serotype A, B, Ba and C are associated with hyper endemic trachoma, while serotype D-K are associated with paratrachoma.

Following is a complete list of infections caused by Chlamydia:-

The main source of trachoma at endemic areas is conjunctival discharge of affected person. Thus, superimposed bacterial infection helps in transmission of trachoma.

Infection may spread by any of the following modes:

Signs of Trachoma are seen in conjunctiva as well as cornea:- 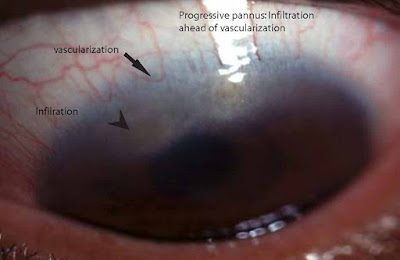 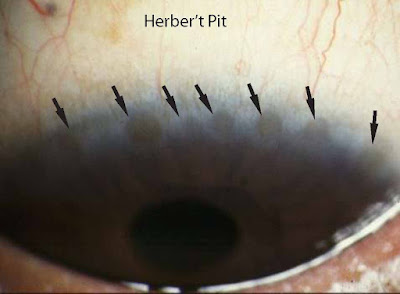 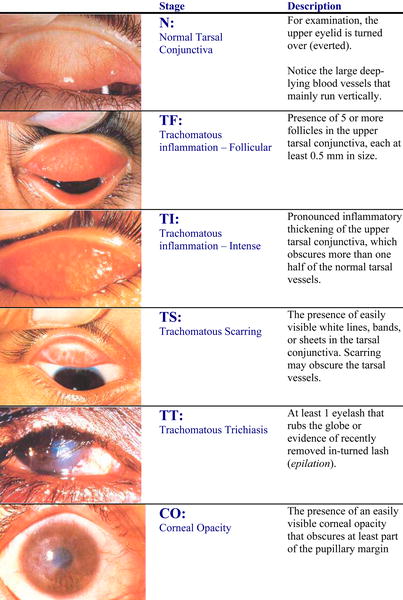 Following tests are done for diagnosis of trachoma:-

Surgery is done to correct eyelid deformity which is known as trichiasis. 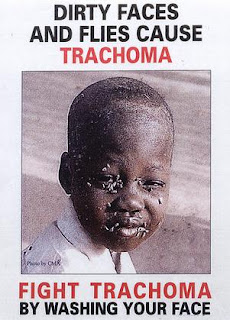 Environmental change for better sanitation and increase the access to cleaner water and air this reduces the chances of contact with the infected medium or vectors.