Previously, we discussed about Understanding basics before Glaucoma. In this blog, we will be focusing on Primary Open Angle Glaucoma or POAG. Later we will follow up Congenital glaucoma, Closed angle glaucoma and secondary glaucoma with surgeries as follow up.

Primary open angle glaucoma or POAG is a type of primary glaucoma (and not as complication of other disease) where intraocular pressure progressively and slowly increases without any obvious ocular or systemic causes. 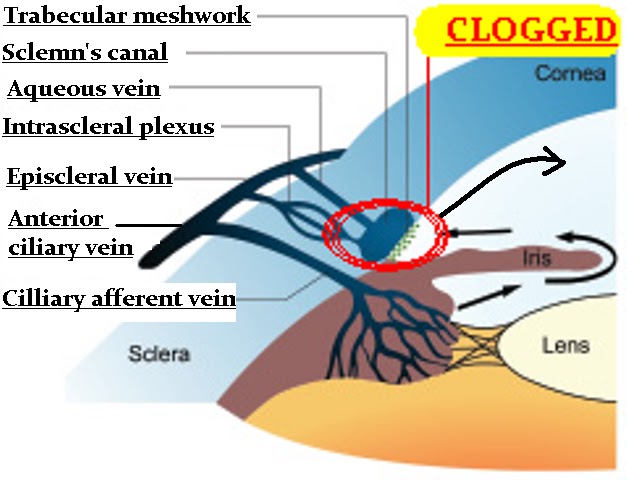 There is indeed rise in intraocular pressure, but exact cause is not known. The decreased outflow facility of intraocular pressure is attributed to increased resistance due to age related thickening, sclerosis of trabecula and absence of giant cell in schlemn canal.

Clinical feature are individual symptoms and signs which appear on clinical investigations.

These are changes in the anterior segment of eye which involve anterior chamber, cornea and pupil.

There is significant variation in IOP of patient at different day times. This is referred to as Diurnal variation of IOP.

For this test, repeated observations of IOP of patient are done at frequent intervals, usually every 3 hours for 24hrs. The IOP falls mostly at night time.
The IOP is measured by tonometry, applanation tonometer is preferred. Following are changes observed:-

A variation of 5mm Hg is a suspect case of POAG while a variation of more than 8mm Hg confirms the primary open angle glaucoma.

In later stages, there is more than 2mm Hg rise permanently, rising the IOP to 30-45mm Hg.

The recording and documentation includes serial drawings, photography and photogrammetry.

The changes observed,as said, are as following:- 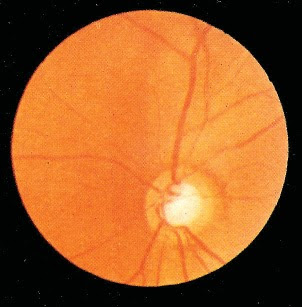 -slightly oval cups
-difference in symmetry of cups
-increase in size of cups (0.6 when normal is 0.3-0.4)
-pallor areas
-hemorrhagic which appear broken like pieces

-As the damage, progresses, all the neural tissue of the disc is destroyed and the optic nerve head appears white and deeply excavated.

-These appear only when 40% of axons of optic nerve have been destroyed. These continue to progress with untreated IOP rise.

-These visual field defects in glaucoma are observed in Bjerrum’s area (10-25 degree from fixation) and relate with optic disc changes.

The sequence of visual field loss due to glaucoma are:-

a. Isopter contraction- earliest field defect occurring in glaucoma. There is mild and not diagnostic constriction of central and peripheral field.

b. Baring of blind spot- again non-specific and not diagnostic, it means exclusion of blind spot from central field due to inward curve.

g. Roenne’s central nasal step. It is created when the two arcuate scotomas run in different arcs and join.

These include Medical treatment, Laser trabeculoplasty and Surgery:-

(i) Latanoprost(0.005%: once daily)- drug of first choice for the treatment of POAG (provided patient can afford to buy it). It increase the uveo-scleral outflow of aqueous humor.

Fistulising, also called Filtration surgeries. These include most popular- Trabeculectomy and others like Viscocanalostomy and Deep sclerectomy.

A very wonderful video of Trabeculectomy is shown here:-

So, this was all about Primary Open Angle Glaucoma. To check out basics again, click Basics of Glaucoma.

Admin - May 10, 2022 0
Free and Paid- View the most wanted study material for Plab 1 exam for Doctors in UK after MBBS. Plab1keys and Plabable are the best to stick to, however, you can try Reference books such as Oxford too!

Dr.Varun Tyagi - November 16, 2020 0
The Third Wave of Covid 19 has hit Delhi hard, and we seek Delhites to reach our government in reaching poor people with little more information.

Admin - September 25, 2020 0
Doctors at RGSSH, Delhi continue their battle against COVID-19, creating an example against the Era of Pandemic.

Admin - July 31, 2019 0
The National Medical Commission or NMC Bill 2019 has been passed to Rajya Sabha after passing from Lok Sabha on 29th July. The government is still trying to suppress the voices of IMA representing the anger of doctors nationwide.